The goal of the Snaidero lab is to decipher and control cellular interactions between neurons and glia cells in the cortex, focussing on the dynamic processes underlying myelination.

Oligodendrocytes are glial cells that in the central nervous system enwrap several axons simultaneously, enabling fast impulse propagation and providing long term metabolic support. In the cortical grey matter, complex and diverse patterns of myelin can be found along cortical axons that have been shown to be dynamic during adulthood with single sheath plasticity and global increase of myelin content over time. The regulation of this complex "myelinome" offers immense potential for neuronal network plasticity and has already been associated with memory. However, the molecular and functional determinants of this targeted process, its dynamic at a single cell level and the selectivity of the axo-glia units resulting from sparse cortical myelination remain largely unknown.

My lab is focussing on identifying the mechanisms underlying the cortical adaptive myelination, as well as its dysregulation in aging and inflammatory lesions, using advanced imaging techniques such as longitudinal awake intravital imaging correlated with volume electron microscopy. A key goal of the lab is to bridge the cellular, molecular and functional dimensions of targeted cortical myelination to, ultimately, develop new translational approaches for enhanced remyelination. 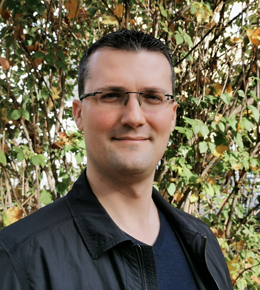